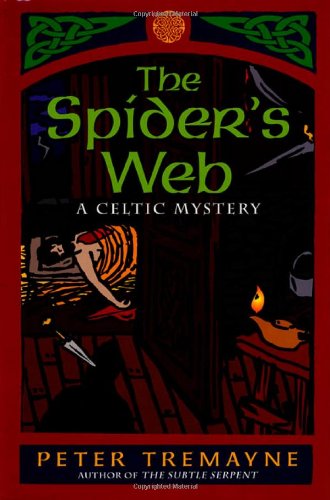 Rich with Irish lore, Tremayne's fifth entry in his Sister Fidelma series (following The Subtle Serpent) introduces readers to further Celtic law, religion and mores in a multilayered search for a cold-blooded killer. In A.D. 668, Fidelma, an advocate in the law courts of Ireland, is sent by her brother, the king of Muman, to investigate the murder of a Celtic chieftain. Though a blind, deaf mute named M en was found holding a bloody knife near the chieftain's corpse, Fidelma and her Saxon friend Eadulf are not convinced that the man is guilty. For one thing, M en is also supposed to have killed the chieftain's sister, who raised M en since he was a babe, and Fidelma finds it hard to believe that in one night the blind deaf-mute would slay the two people in his compound who had befriended him. As Fidelma and Eadulf scrutinize the evidence, they cast about for other suspects among the chieftain's family and subjects. They find a daughter who hated her father and quickly took power after his death, a wife who scorned her husband, a cleric whose religion leans toward Roman practices and a wealthy cousin who assumed that he was the chieftain's heir. Despite several threats to their lives, the sleuthing sister and her sidekick persist and finally ferret out the culprit. In painstaking detail, Tremayne follows Fidelma's careful analysis of the facts while spicing the narrative with asides on the battle between Roman Catholic and Celtic views of theology and law. Though the secondary characters lack complexity, Fidelma's own is strong enough to carry the story, albeit slowly, to its finale. (June)
close
Details