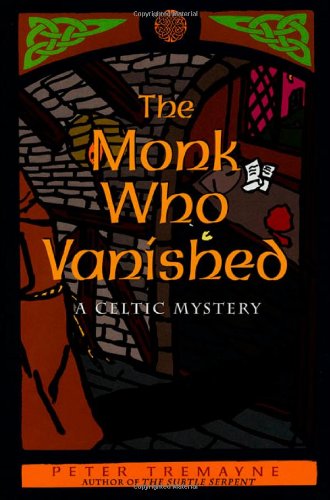 In his seventh Sister Fidelma novel, Tremayne offers up a juicy plot, the rich details of which will appeal to those with an appetite for medieval minutiae. Those reluctant to wade through turgid dialogue trumpeted by stilted characters, however, should forgo this foray into intrigues abroad in seventh-century Munster, Ireland, involving multiple murders and an energetic sleuth. The relics of St. Ailbe have disappeared from the monastery of Imleach, as has their keeper, Brother Mochta. Meanwhile, political strife amid Celtic kingdoms brews, and hostilities smolder between monks who follow the Roman rite and those loyal to the distinctive observances of early Irish Christianity. Into this charged arena steps Sister Fidelma, an advocate in the law courts, determined to untangle the web of events that threaten the kingdom. Dealings with a stealthy merchant and greedy innkeeper, a bevy of busy monks and a host of warriors show Fidelma to be a woman of righteous compassion, polite and proud in equal measure, adroit in her reasoning and fastidious in her appraisal of evidence, tough when necessary and tender, too. Because Fidelma remains cloaked in the heavy mantle of her many virtues, however, she never comes fully alive. Her oddly modern spiritual sensibilities--she's dismissive of the potent power of relics and given to outspoken interreligious proclamations regarding pagan practices--also jar. That's too bad: there are the bones of a compelling mystery here. (Jan. 11)
close
Details