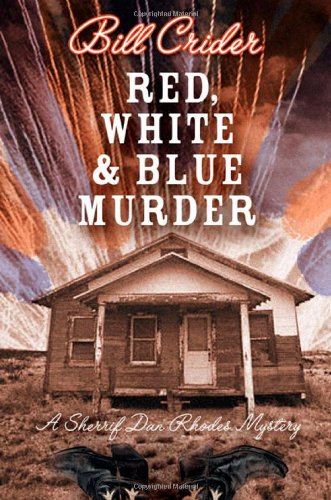 Fans of Sheriff Dan Rhodes or of just plain good storytelling will cheer Crider's 12th entry (after 2001's ) in this dryly humorous series. This time around, the Texas lawman must face accusations of corruption from ambitious reporter Jennifer Loam. Loam's source also fingers some of Blacklin County's commissioners, who may have been taking bribes. Rhodes easily clears himself, but takes a harder look at Loam's other allegations when her source, commissioner Grat Bilson, turns up murdered in the ashes of a burned-down house. Soon the suspects pop up like bluebonnets in the spring. There's commissioner and good ol' boy deluxe Jay Beaman and contractor Ralph Oliver, who supposedly bribed Beaman. Rhodes further learns that Bilson's wife, Yvonne, had been fooling around with Beaman—while Bilson, in turn, had been seeing ex-con arsonist Linda Fenton on the sly. When Yvonne discovers her husband was two-timing her, she confronts Fenton with a loaded pistol at the fireworks stand where Fenton works. It's July 3, and the fireworks are just getting started. Crider's easy prose fits the setting to a tee and brings all the smalltown schemes, quirks and characters to true and amusing life. At the center of it all, Rhodes keeps his cool, making an excellent foil for both his long-suffering wife, Ivy, and the impetuous Loam.