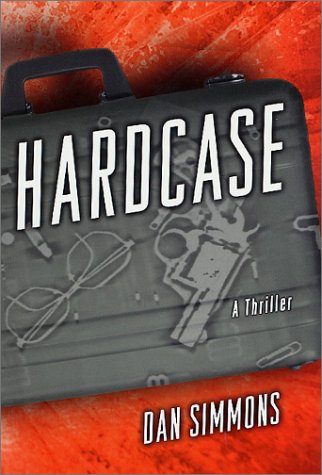 In books such as , and , Simmons has shown a chameleon talent for mastering the colors and shadings of the horror, suspense and science-fiction genres. He adds one more tone to his palette with this terse hardboiled crime thriller, set in an upstate New York town bathed in Conradian darkness. When ex-PI Joe Kurtz emerges from Attica after an 11-year-stretch, he is still being sought by the brother of a man he iced for murdering his partner, as well as by disciples of a Black Muslim group whose leader he killed in stir. Not the most obedient parolee, Joe clandestinely resumes detective work, tracing a vanished mob accountant for aging don Byron Farino—much to the aggravation of the don's family and associates, who are secretly double-crossing one another and jockeying for power. Simmons sets up the paths of crossfire necessary for the story's few surprising twists, then simply lets the bodies start falling once the bullets start flying. His narrative is all sinew and bloody gristle, stripped of the deep reflection and lively character-development that usually give his books a plusher texture. His plot depends on coincidence, exploitation of the raging Niagara Falls backdrop and Joe's superhuman capacity for taking and dishing out physical abuse, but his rapid pacing keeps the reader from dwelling too much on its improbability. This tale is unlikely to advance modern crime-fiction's literary ambitions, but it will be hard to beat for a pulp-fiction beach-read.