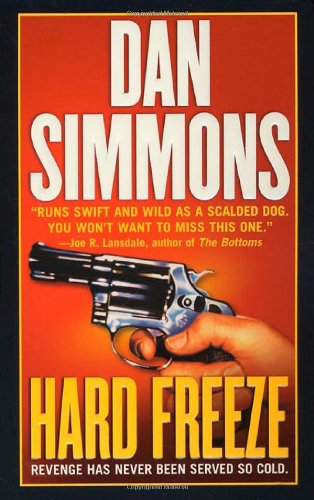 Hannibal Lecter meets the Godfather in multitalented Simmons's hard, brutal crime thriller, set in Buffalo, N.Y., and second in the series after (2001).. Ex–private eye Kurtz, recently released from prison after serving 11 years for killing the murderers of his beautiful partner, Samantha Fielding, finds himself stalked by the Attica Three Stooges—Moe, Larry and Curly. After a bloody shootout that leaves one Stooge dead, Kurtz takes Curly for a ride in a speeding car and says: "You can take one in the head.... Then I dump you. You can take one in the belly, maybe we crash. Or you can take a chance and tuck and roll. Plus, there's some snow out there. Probably as soft as a goosedown pillow." Exit Curly. Kurtz soon learns that he's been marked for death by a local Mafia don and that the man actually responsible for Samantha's death is alive and well. And that's just for starters. Meanwhile, Kurtz is approached by John Wellington Frears, a world-famous violinist dying of colon cancer, to find his daughter's murderer—a serial child-killer so adept at changing identities he could give lessons to Ferdinand Demara, the Great Impostor. Violent, fast-paced, with a high body count and plenty of sanguinary and pyrotechnic detail, this high-octane thriller should please both hard-boiled addicts and Simmons devotees. Whatever qualms one may have about Kurtz—surely one of the darkest, most amoral protagonists of recent crime fiction—it's Simmons at his hard-driving best.