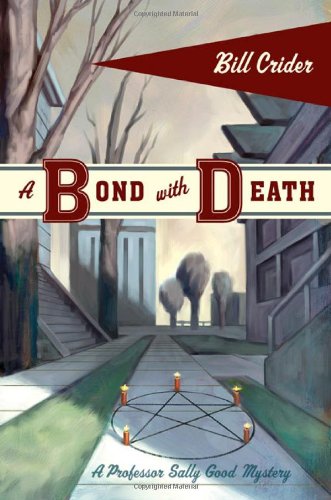 A BOND WITH DEATH: A Professor Sally Good Mystery

In Crider's third Sally Good mystery (after 2002's ), the funny, pedantic, unlucky-in-love English professor, whose late husband was related to 17th-century Salem "witch" Sarah Good, must prove she's innocent of the murder of Harold Curtin, a small, dirty, bearded sot nicknamed the Garden Gnome, who'd been fired from his tenured position at Hughes Community College. Universally despised and the only teacher ever to fail his student evaluations, Curtin was out to make trouble over a much needed bond issue for the college. He had enlisted the "Mothers against Witchcraft" to bring down Dr. Good, whom he blamed for his dismissal. Extracts from the transcripts of the 1692 trial of Sarah Good for witchcraft provide a fascinating counterpoint to the present-day action. Suspects include a whole school of red herrings. Unfortunately, the actual murderer turns out to be a minor character barely mentioned until the denouement—which will disappoint puzzle solvers engaged in an otherwise amusing, well-written and inventive tale.