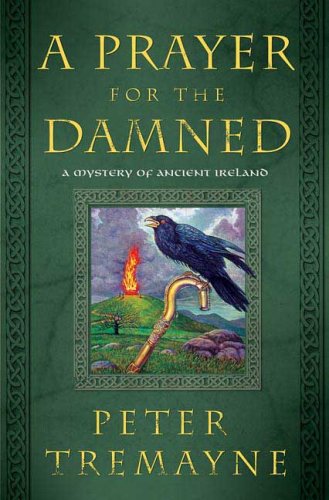 A Prayer for the Damned: A Mystery of Ancient Ireland

Tremayne's engrossing 17th Ancient Ireland mystery (after 2006's ) finds series heroine Fidelma on the eve of her marriage. Political and ecclesiastical bigwigs have gathered for the ceremony. The tremendously unpopular Abbot Ultán also arrives to protest that Fidelma must uphold her long-ago religious vows by remaining celibate. Ultán soon turns up dead, and there's no shortage of suspects. Muirchertach Nár, the king of Connacht, who believed his sister-in-law had been wronged by Ultán, was spotted near the crime scene. The sons of a woman Ultán beat for worshipping a pagan deity also come under suspicion. When Muirchertach Nár is killed, Fidelma must determine whether the deaths were related. The solution to that riddle is so unexpected that it slightly strains credulity. Rich in historical detail, this series also reflects on many contemporary issues, including celibacy, gender and church leadership. Tremayne (pseudonym for scholar Peter Berresford Ellis) has produced another winner.