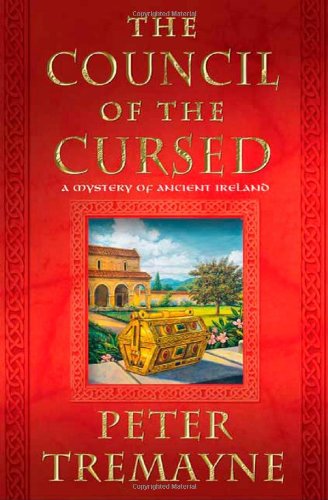 Council of the Cursed: A Mystery of Ancient Ireland

Sister Fidelma encounters a raft of political, religious and cultural conundrums in Tremayne's engrossing 18th full-length novel to feature the seventh-century Celtic advocate (after 2008's ). Accompanied by her companion, Eadulf, Fidelma journeys to the French city of Autun to serve as aide and adviser to Abbot Ségdae at a conference of church leaders. Before they arrive, one delegate is murdered and suspicion falls equally on two others who are bitter enemies. Bishop Leodegar charges Fidelma, because of her reputation as a sleuth, with determining which of the two is guilty of murder. Tremayne's seamless blend of church history (e.g., Pope Vitalian's efforts to impose Rome's authority over disparate western churches) and political squabbles (e.g., among Britons, Angles and Saxons) provide meaty background. Fidelma's ability to best opponents, whether in argument, strategy or audacity, makes her a heroine for any age.