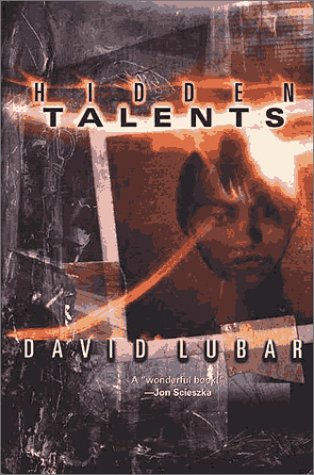 After being expelled from any number of schools, 13-year-old Martin winds up at Edgeview, a publicly funded boarding school and a last-chance alternative. Martin, who narrates, doesn't seem like a delinquent, but he just can't stop himself from taunting his teachers. By the end of his first day he has infuriated the whole staff. Of the kids, Bloodbath is a terror, as are his cronies, but Martin's roommate, ""Torchie,"" is nice enough, although he constantly denies starting the fires that flare up wherever he goes. The other boys Martin gets to know similarly refuse to own up to the particular behavior that landed them at Edgeview. Readers expecting a typical resolution, wherein the boys accept responsibility for their misdeeds, are in for a surprise. Martin's buddies aren't liars and troublemakers at all; unbeknownst even to themselves, they're endowed with paranormal powers: Cheater is telepathic, Trash is telekinetic, Flinch is clairvoyant, etc. Led by Martin, who finally discovers his own hidden talent, the six use their abilities to save Edgeview from Bloodbath and his gang's attempts to sabotage a state inspection. The stakes are a little suspect (would these boys really develop such passionate school spirit?), but on the whole Lubar (Kidzilla) serves up great fun, along with an insight or two for those whose powers are only too human. Ages 12-up. (June)
close
Details