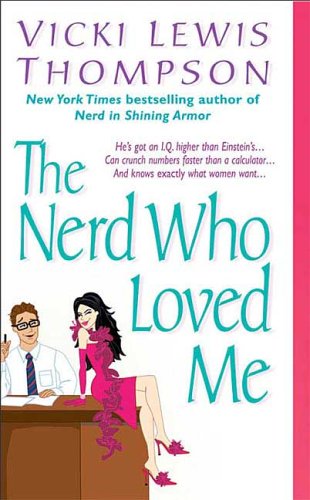 THE NERD WHO LOVED ME

Straightlaced accountant Harry Ambrewster grew up as the mascot for a gaggle of Vegas showgirls, his mother Rona among them. Though he picked up some useful skills (like how to belt out the entire score of ), the experience left him with one rule: never marry a showgirl. Still, that doesn't stop him from lusting after his neighbor, Lainie Terrell, or sympathizing with her son, Dexter, a younger version of himself. When Lainie's ex-boyfriend, Joey, shows up looking to use Dexter as bait to gain his inheritance from his tycoon father, Lainie accepts help from Harry, Rona and Rona's senior citizen boyfriend, who may have connections to the Mafia. Rona cares for Dexter while Lainie and Harry hide out at a Sedona time-share. Despite their Vegas heritage, Lainie and Harry possess a charming innocence, and their journey toward love—in what turns out to be a humorously decrepit vacation spot—provides constant entertainment. Smart, spunky and delightfully over the top, Thompson's newest Nerd romance (following ) possesses all the sparkle and vibrancy of a Vegas show, and it's just as sexy. .