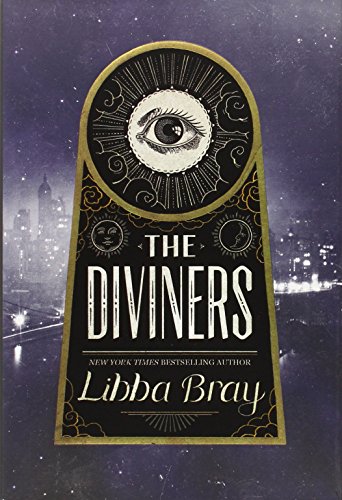 Evie O’Neill has a neat-o party trick: she can uncover details about people by holding any object that belongs to them. After one too many tumblers of gin, she uses this skill to out the sexual misadventures of a prominent bachelor in her Ohio hometown, earning her immediate exile to Jazz Age New York City, where her professorial uncle runs a museum devoted to the occult. Naturally, Evie considers this punishment the luckiest break possible, until she realizes she’s arrived just as a demon spirit has been inadvertently released. A spree of grisly murders ensues, eventually necessitating the use of Evie’s special skill. Evie is fighting personal demons, as well, including the ghost of her dead older brother and a penchant for alcohol that gets her into continual trouble. Bray empties a wealth of topics into her complicated narrative—labor reform, a steampunkish robotics experiment, flapper culture, religious zealotry—but her trademark humor is less apparent. The large cast—a pickpocket with a missing mother, a Ziegfeld girl with Hollywood dreams, a Harlem numbers runner who longs to be a poet—ensures there’s plenty to write about in the sequels. Ages 15–up. (Sept.) ■
close
Details