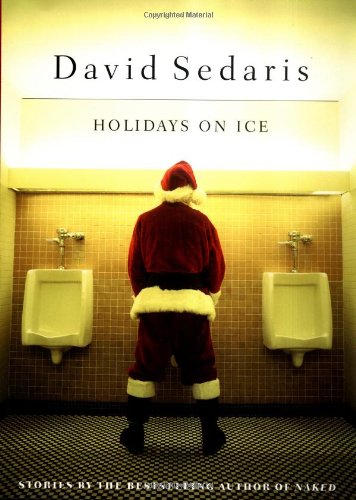 Here are six Christmas tales sure to please readers new to humorist, playwright and NPR commentator Sedaris--and likely to disappoint his devotees. The three best pieces are reprints from his earlier collections, Barrel Fever and Naked. In ""Dinah, the Christmas Whore,"" young David's 18-year-old sister befriends a prostitute and brings her home one night during Christmas vacation. In ""Season's Greetings,"" a housewife facing homicide charges keeps her loved ones up-to-date on the case in a detailed Christmas missive. In the hilarious ""SantaLand Diaries,"" Sedaris relives his short career as a Macy's department-store elf. In this memoir, the flagship of the collection, we see Sedaris at his wide-eyed best as he takes the SantaLand name of Crumpet, falls for an elf-Casanova named Snowball (as do ""three Santas and five other elves"") and discovers the seamy underside of the Christmas industry. Compared to the fully realized ""Diaries,"" his three new sketches look very thin indeed: a splenetic theater critic pans the season's local school pageants; a TV producer tries to convince an Appalachian congregation to let him buy the weird life story of one of its members; two grasping, well-to-do families sacrifice everything, including non-vital organs, to out-give each other at Christmas. Sedaris never makes these one-liners pay off. Still, flashes of his customary brilliance, particularly as the critic (""In the role of Mary, six-year-old Shannon Burke just barely manages to pass herself off as a virgin""), will keep this too-slim gift book from disappointing neophytes who find it in their stockings. (Dec.)
close
Details