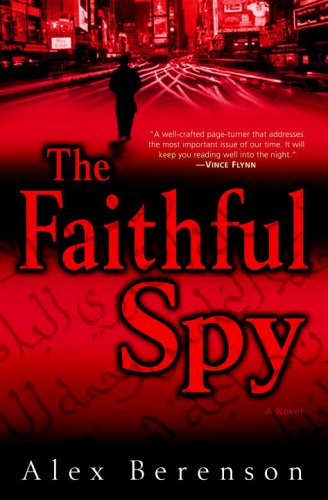 After proving his loyalty in Afghanistan and elsewhere, CIA agent John Wells, the first Western intelligence officer to penetrate the upper levels of al-Qaeda, is assigned a mission on American soil by bin Laden's chief deputy, Ayman al-Zawahiri. On his return to the U.S., Wells, now a devout Muslim (for real), finds his years spent in deep cover have left him conflicted. The agency itself seems wary of him—other than Jennifer Exley, the agency analyst who debriefs Wells (aka Jalal) on his return. The scrutiny intensifies when two bombs go off in L.A., killing 300. Berenson, a correspondent since 1999 who covered the occupation of Iraq, deftly employs the classic staples of spy fiction in his debut novel—self-serving bureaucrats, a beautiful co-worker love interest and an on-the-run hero suspected of being a traitor—then mixes in current terror tropes: car bombs, smuggled nuclear material, and bio-weapons. There's too much introspection from friend and foe alike, but mounting suspense, a believable scenario and a final twist add up to a compelling tale of frightening possibilities. It's not for the squeamish, though: the torture sequences and bombing descriptions are graphic and chillingly real.