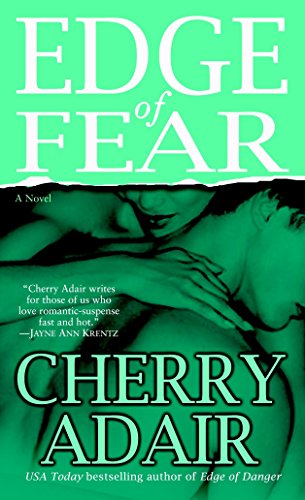 The second installment in Adair's paranormal romantic suspense series featuring the Edge brothers (after ), members of the secret counterterrorism organization T-FLAC, is hot, taut, globe-spanning fun. Caleb Edge's latest assignment is to follow Heather Shaw, whose father is well known for his terrorist ties. Before long, the two are drawn together, culminating in frenzied love-making against Caleb's hotel room door. Months later, when Caleb learns that Heather is expecting his child, he offers her a sincere marriage proposal—without giving up or giving away his secret hunt for her father. Their sexually charged wedded bliss takes a turn, however, when Heather learns about Caleb's mission—as well as his wizardry skills. Before they can resolve their trust issues, however, Heather is abducted, and Caleb must employ all of his paranormal talents to rescue her, even though the love between them may still prove unsalvageable—especially considering the centuries-old curse on the Edge family. Written with a pulse-quickening attention to sensual detail and a playful sense of humor, Adair expertly combines a tight plot and graphic romance with magical flourishes and exotic locales.