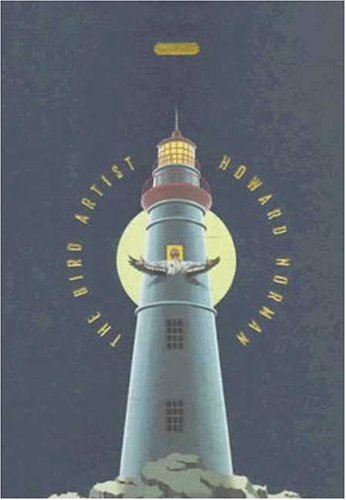 Northern landscapes are definitely writer Norman's territory; in Northern Lights and now in this enchanting second novel, he simultaneously evokes the region's harsh weather and terrain and invests it with magical possibilities. There is a wonderful inverse relationship between a setting where life is reduced to essentials and people are unsophisticated and stoic, and the exotic aura his fiction radiates. It's as though Norman has accepted a challenge to wring beauty out of stone and eloquence out of simplicity. This tale of passion, murder and fate is set in 1911 in Witless Bay, Newfoundland, a bleak and isolated community whose citizens are capable of grim retribution and astonishing acts of compassion. In a spare but elegant narrative, Fabian Bass tells us on the novel's first page that he is a bird artist, and that he murdered the lighthouse keeper Botho August. Two irresistible sexual attractions have propelled the 20-year-old Fabian to his desperate act: his love for spirited, eccentric Margaret Handle, which his parents have sought to thwart because she is an alcoholic and older than he; and his mother's flagrant, unrepentant adultery with August as soon as her husband sets off on a long bird-hunting expedition, the proceeds of which are planned to finance Fabian's arranged marriage with a distant cousin he has never met. The narrative sings with tension as events move toward the murder, yet it sparkles with antic humor. Set pieces abound: the comically awkward scene in which the betrothed couple meet for the first time, wed and acrimoniously part; the mad hilarity of the murder hearing as a quixotic, compassionate constable and a fatuous preacher engage in antiphonal debate, with the village elders comprising a Greek chorus. Other scenes have a painterly glow: villagers in small boats keep a nightlong vigil on the fog-swathed ocean, waiting to find the body of a suicidal woman. The intriguing story lurches to an unforeseen climax; its haunting aftermath sets Fabian physically free and emotionally transforms him. At the end, he is both bereft of family and blessed with love, but he has been stunned by the ironies of life and the capriciousness of fate. If he has learned anything, it's to follow his ``heart's logic,'' which drew him to drawing birds; this is, he realizes ``a small gift to help me clarify the world.'' And in weaving his compelling tale, Norman convinces you that human nature is a perennially absorbing puzzle, and that the hands of an accomplished writer can worry the solutions in fresh, surprising and altogether memorable ways. Fabian describes the work of his teacher as ``graceful and transcendent.'' So is this novel. Movie rights to Arne Glimscher Productions; major ad/promo; author tour. (July)
close
Details