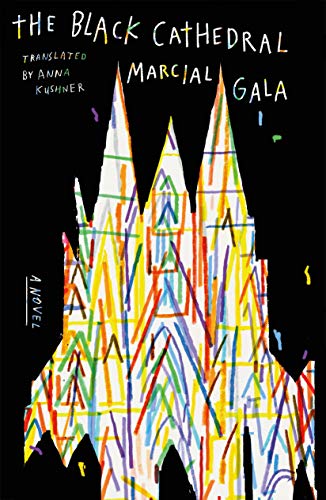 In Gala’s strange, exuberant, and altogether brilliant English-language debut, a vibrant collection of narrators tell the story of a tight-knit community in Cienfuegos, Cuba. The Stuarts, a religious family, move into town and set into motion numerous threads, narrated by a number of neighborhood residents. Arturo, the father, decides to build a temple for his growing church, the Church of the Holy Sacrament of the Resurrected, which begins as a congregation of “no more than a dozen people” and balloons to “more than twenty thousand.” Johannes, the artist daughter, beguiles and rejects the duplicitous hustler Gringo, who, because of this (according to him), turns into a murderous con man who sells the bodies of his victims as meat to unsuspecting locals in a neighboring upscale community. David King and Samuel Prince, the Stuart sons, have opposing personalities (King is athletic and domineering; Prince is gentle and poetically minded), but they come together to commit a horrible atrocity. One of Gringo’s victims haunts Prince’s friend Berta from beyond the grave, seeking help to take care of some unfinished business, which leads Berta to Araceli, with whom Berta and Prince form a love triangle. The temple, meanwhile, is never finished; it grows and grows and grows, eating up money and time and the spirits of those dedicated to erecting it. An enthralling work of imagination and grit, Gala’s novel captures the complexity of one neighborhood as much as it exemplifies the many pleasures of great fiction.[em] (Jan.) [/em]
close
Details