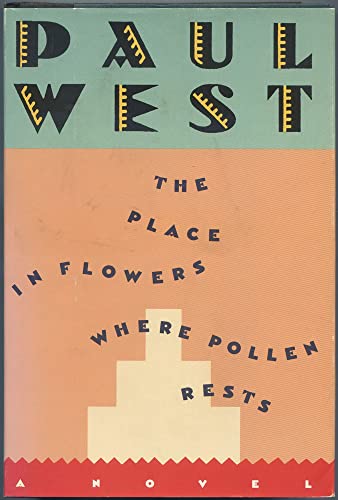 West's astonishing new novel, which maps the lives of Indians in the American Southwest, reveals a Joycean genius in its exuberant play of language, and its epic and mythic resonances. A Hopi creation myththat of a divine Uncle who assigns the peopling of the mesas to his Nephew Sotuqnanguinfuses the kinship of the two main characters. Uncle George The Place In Flowers Where Pollen Rests is a venerable carver of kachina dolls, whose magical/sacred powers can quicken, heal or destroy. His nephew, Oswald Beautiful Badger Going Over The Hill, feels caught between Indian traditions and the crazy Anglo world of Palookaville, i.e., southern California, with its demand for Mickey Mouse kachinas. ``Oz'' becomes an extra in westerns, then a stud in porno films. His accidental strangling of Trudy Blue during a sex scene shatters and haunts him, though the deed is covered up. When Oswald fights in Vietnam, ``pounding the Cong,'' his tutelary god Sotuqnangu narrates much of the tale. Oswald returns to the mesa, ``a child of nature who had killed as nature killed,'' a visionary, a student of the stars, who must carve out a fresh role for himself. West's prose, dazzling in its fecundity, affirms the erotic nature of the literary act. (September)
close
Details