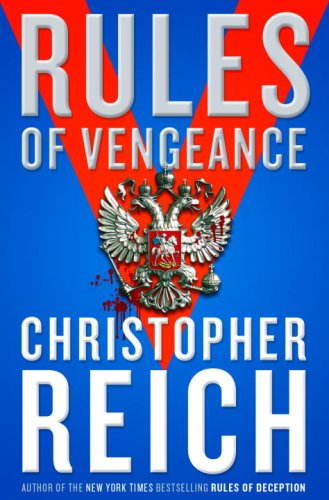 Near the start of bestseller Reich's stellar sequel to , Dr. Jonathan Ransom flies from Africa to London for a medical conference. That same day, intermediaries arrange for him to meet his fugitive wife, Emma, once a secret agent with the Pentagon group known as Division, in a cheap hotel. The next day, Jonathan's world is literally and figuratively torn apart after a large car bomb explodes in Westminster, seriously injuring the Russian interior minister. Jonathan is sure Emma is behind the car bombing, but the police, led by Det. Chief Insp. Kate Ford, think Jonathan is responsible. Thus begins a convoluted chase—Jonathan hunting his wife, Kate and the cops along with MI5 agent Colonel Graves tracking Jonathan. Everyone, including the reader, remains clueless, except for master spy Emma, as to who is really the guilty party. A blinding twist at the end adds a spectacular fillip to a masterful performance by one of the genre's elite.