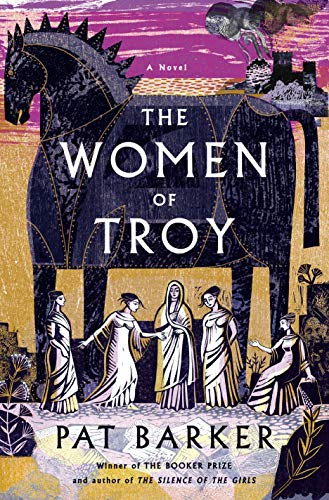 The Women of Troy

In Barker’s masterly continuation of her fiercely feminist take on Homer’s Iliad (after The Silence of the Girls), the Greeks drag their wooden horse into Troy and achieve victory after a 10-year siege, but a freak storm prevents their ships from returning home. As time drags on, Briseis, the heroine of the previous installment, struggles to survive as an enemy noncombatant prisoner in the siege camp. A former queen of a Trojan ally, she was kidnapped by Achilles as his prize of honor and turned into his sex slave. But now Achilles is dead and Briseis is pregnant. Handed down to Lord Alcimus as his wife, she spends her days, as soldiers play football with a human head, commiserating with the other Trojan women—Hecuba, Cassandra, Andromache and, of course, Helen, the cause of the war. Briseis shares narrative duties with Pyrrhus, the bloodthirsty son of Achilles, and Calchas, a canny priest of Troy. In a novel filled with names from legend, Briseis stands tall as a heroine: brave, smart and loyal. The author makes strategic use of anachronistic language (“living in the real world,” “keep a low profile”) to illuminate characters living at the dawn of myth. Barker’s latest is a wonder. Agent: Clare Alexander, Aitken Alexander Assoc. (Aug.)
close
Details