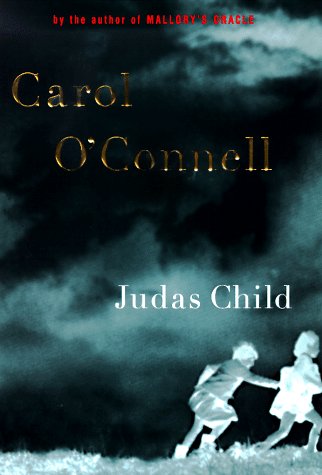 In a departure from her popular Kathleen Mallory suspense series (most recently Stone Angel), O'Connell's chilling tale of a murderer who preys on children compensates for a muddled plot with its clear-eyed look at the heights and depths of human behavior. When two remarkable fifth-grade girls--Gwen Hubble, the beautiful daughter of the lieutenant governor, and Sadie Green, an imaginative and plucky child obsessed with horror comics and movies--are kidnapped from the St. Ursula's Academy, two adults afflicted by their own tragedies are drawn into the investigation. Forensic psychologist Ali Cray draws stares both for her slit skirts and for a disfiguring facial scar, the result of a secret childhood trauma. Policeman Rouge Kendall is haunted by the memory of his twin sister's murder 15 years earlier. The killer was supposedly caught, but similarities between the old murder and the current case make Cray begin to doubt. In the earlier case, the killer used a note from one captured child (the Judas child) to lure a friend; the reader knows that this is again the pattern, just as we know--or think we know--where the girls are being held. As the investigation continues and the girls attempt to escape, O'Connell introduces vivid minor characters, including a 10-year-old boy almost too shy to speak and one of Cray's ex-lovers, a cop who expresses his thwarted yearning for her through insult contests. O'Connell's prose occasionally veers toward the florid, but the main problem here is a supernatural twist (perhaps a trend? see Firebird above) that leaves readers somewhat adrift. In the end, however, O'Connell's subtle characterization of people who face tragedy with resilience and spirit makes for a moving novel. (June)
close
Details