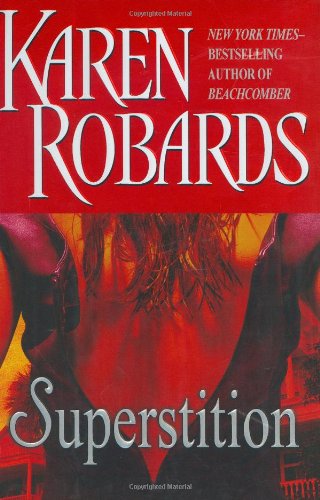 Combining elements of a Southern gothic, a cozy comedy, a sexy romance and a serial killer thriller, this new offering from Robards ( , etc.) tries to be too many things at once, and the result is a mishmash of familiar devices and recycled characters. One such is Joe Franconi, a big city cop turned police chief for small Pawleys Island, S.C. With his "washboard abs" and painful past, Joe is the average tortured hero, and sexy TV reporter Nicky Sullivan is his natural counterpart. Nicky, with the help of her psychic mother, intends to revisit the scene of a 15-year-old unsolved murder, but Mayor Vince Capra will do anything—even enlist the local police—to keep the program from airing. With no legal ground to stand on, Joe fails to stop the filming, but he's conveniently on hand to rescue Nicky when she stumbles on a fresh murder victim and nearly becomes one herself. Has the killer from 15 years ago resurfaced, or is a new killer on the loose? Joe and Nicky spend as much time arguing over who will solve the case as they do staring "hotly" at one another, but ironically, neither succeeds in solving anything. Though the book has its suspenseful moments (and its amusing ones, which primarily involve a pig named Cleo), its final twist feels manufactured simply to bring hero and heroine together. .