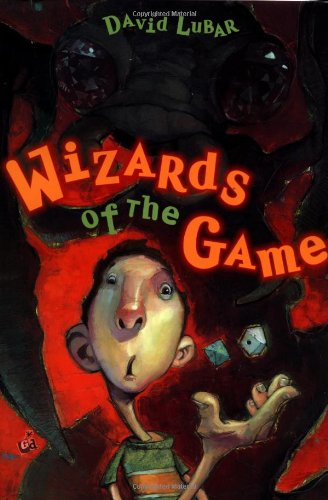 WIZARDS OF THE GAME

Switching gears from his psychologically complex , Lubar here focuses on lighter fare: the world of obsessed gamers. Mercer Dickensen (aka Shath'dra, sixth-level Warrior-Mage) thrills to the imaginary adventures of the fantasy role-playing game Wizards of the Warrior World, and he proposes hosting a gaming tournament for part of the eighth-grade fundraiser. His classmate Ed, however, objects on religious grounds (he claims the game "is a training ground for damnation"), and when Ed writes a column in the school paper, a round of protests from a fundamentalist church and the ensuing media attention put the kibosh on the tournament. After devoting about two-thirds of the novel to this controversy, the author abruptly shifts genres. Mercer's talk of wizardry and spells has convinced four real wizards that he is the "magus" who can help them leave this world and return to their own, whereupon Mercer and his friends attempt some magic. After the sensible, issues-oriented set-up, the full-throttle fantasy seems trite, its stakes low. Readers as gaming-obsessed as Mercer may be willing to suspend their disbelief, but others may find it an imposition. Ages 10-14.