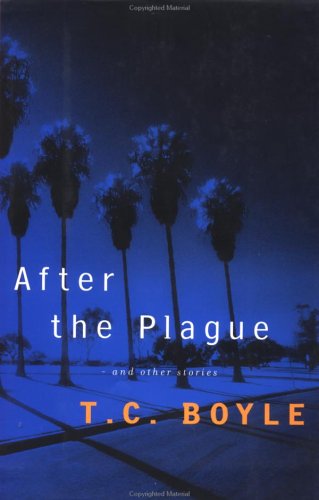 If Boyle's progress as a novelist has been uneven—his more recent narratives have not managed to achieve the acclaim of 1990's —his talent for crafting amusing and startling short stories has never been in doubt. This compilation (his fifth, not counting a collected volume) culls pieces published in the , and other outlets and showcases the signature elements of his fiction: darkly comic scenarios (a surly airline passenger goes berserk and a downtrodden elementary school teacher saves the day), pitiful and realistic characters (an Internet porn addict) and mundane but serious subjects (love, overpopulation, abortion). While there's not much new ground broken here, Boyle more than makes up for the relative lack of innovation by delivering his trademark dazzler endings. In "She Wasn't Soft," a triathlete's idiot boyfriend tries to atone for his wretched behavior by drugging her rival in a race, with potentially disastrous results. And in the title story, an apocalypse leaves only a handful of people on Earth; after a disastrous experience with another survivor, the narrator learns that, even in the worst of situations, love can prevail. Boyle has matured since 1995's : here he relies more on language than farce or shock value, describing the relationship between two lovers who "wore each other like a pair of socks," or, conversely, a college boy who enters a girl's room and feels "like some weird growth sprung up on the unsuspecting flank of her personal space." Boyle's imagination and zeal for storytelling are in top form here, making this collection a smash.