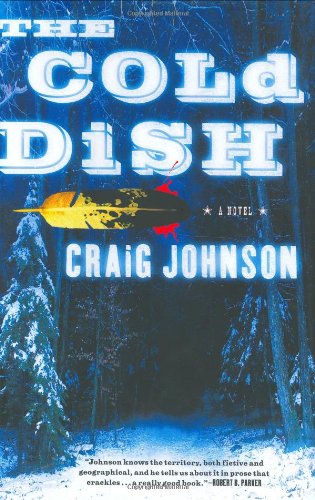 A strong sense of place, a credible plot and deft dialogue lift Johnson's good-humored debut novel, the first of a new series, set in Bighorn Mountain country. Walt Longmire, the veteran sheriff of Absaroka County, Wyo., usually has little to do on his patrols. When Cody Pritchard is found shot to death near the Cheyenne reservation, everyone, including Deputy Victoria Moretti, a transplanted Philadelphian, believes he died in an accident. But two years earlier, Cody was one of four high schoolers convicted of raping a young Native American girl. All were given suspended sentences, and when another of the four turns up dead, it appears that someone is out for revenge. As fear mounts, Sheriff Longmire feels tension in the air between the white population and the Native American community, and he's not pleased to think that his lifelong friend, Henry Standing Bear, might be directly involved in the murders. While the prose could stand tautening at times simply to up the suspense, Johnson has made an assured start that should appeal to a wide range of mystery fans.