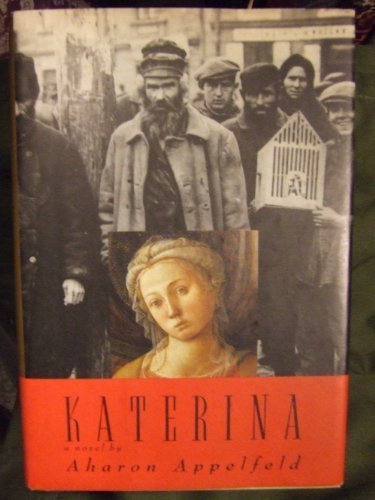 With piercing clarity, Israeli novelist Appelfeld tells the profoundly moving story of Katerina, a Polish housekeeper who works for a succession of Jewish families in the years before WW II. Raised in a culture permeated with virulent anti-Semitism, she must constantly try to overcome the prejudice instilled by her bitter mother, who beat her, and her callous father, who attempted to rape her. One by one, Jewish people who are good to Katerina die: an employer murdered by thugs on Passover; a moody, perfectionistic female pianist. Then her own baby, whom she has raised as a Jew, is snatched from her arms and killed. For knifing her son's murderer, Katerina spends more than 40 years in prison. Other inmates cheer as freight trains take Jews to concentration camps. Released from prison, Katerina lives in a hut on her deceased family's deserted farm and, at age 79, narrates her life story, lamenting that ``there are no more victims in the world, only murderers.'' A theme that might be didactic in the hands of a lesser novelist is here conveyed with moving, unpreachy simplicity. This masterful novel is a powerful study of the poison of prejudice, a poignant meditation on life's horrors, beauty and God's inscrutable ways. Appelfeld imbues every scene with deep humanity in a riveting tale of universal appeal. (July)
close
Details