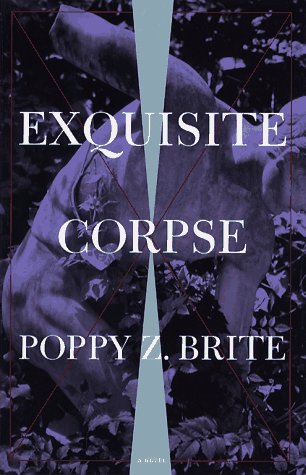 Blood-soaked sheets, cannibalism, rotting, half-dissected corpses: this gruesome psychological horror novel has all the grue a reader might--or might not--want. Brite (Drawing Blood, 1993), the reigning queen of Generation-X splatterpunks, pulls out the stops in this ghastly tale of two serial killers who find true love over the body of a murdered and mutilated boy in the historic French Quarter of New Orleans. Londoner Andrew Compton, imprisoned for the necrophiliac slayings of 23 young men, escapes from prison by (rather unbelievably) faking his own death and killing the coroners gathered to autopsy his body. Fleeing to Louisiana, he hooks up with Jay Byrne, slacker scion of a wealthy old family, a man whose murders are even more fiendish than Compton's own. Brite is a highly competent stylist with a knack for depicting convincing, if monstrous, characters. Her plot development rests too heavily on coincidence, however, and on an excess of details drawn from the life of real-world serial killer and cannibal Jeffrey Dahmer. Though Brite shifts point of view throughout, she always returns to Compton's first person. This technique gives the narrative rhythm and emotional force but also seems aimed toward intimating the reader in Compton's acts of dehumanization (""the aesthetics of dismemberment"") and depravity. And so what Brite really presents here is, ultimately, yet another crimson leaf in the literature of the pornography of violence. (Aug.)
close
Details