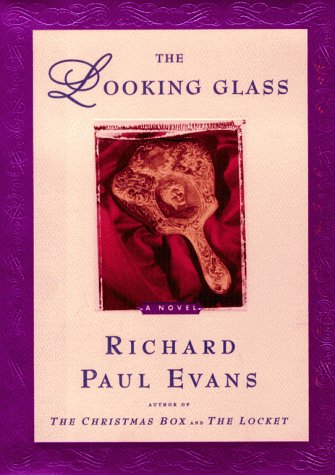 Heartfelt but hackneyed, this ponderous new novel by the author of The Christmas Box carries heavy doses of spirituality. After ""Presbyterian minister turned prospector and gambler"" Hunter Bell is run out of Goldstrike camp (aka ""Sodom West"") in 1857 by a vigilante group that suspects him of cheating at cards, he strikes it rich in the Oquirrh mountain range in western Utah. Despite his material fortune, Hunter remains unhappy, haunted by the death of his wife back in Pennsylvania. (When his prayers for her recovery went unanswered, Hunter headed west ""in search of gold instead of God."") ""How quickly it is forgotten that Midas's gift was a curse, not a blessing,"" he reflects in one of the journal entries that precede each chapter. The chance for a new life comes when he discovers Quaye Mac Gandley unconscious in the snow, surrounded by wolves. Quaye has had a terrible time. At 14, she was sold by her impoverished father in Ireland to the American adventurer Jak, whose activities include murder, attempted rape, extortion, abduction, pimping and wife beating. We know Quaye and Hunter are right for each other since they share a love of literature, especially the sonnets of Elizabeth Barrett Browning. The two tormented souls slowly recognize their mutual need via several incidents laden with homilies. Hunter eventually reaches a new, gospel-inspired level of understanding. ""The measure of a person's heart, the barometer of good or evil, was nothing more than the extent of their willingness to choose life over death... the path of God was, simply, the path of life, abundant and eternal."" In spite of wooden characters, pervasive platitudes and a predictable plot, this ""story of redemption"" will undoubtedly find its audience. 11-city author tour. (Oct.)
close
Details