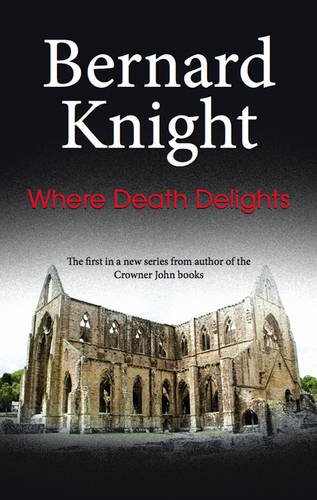 Where Death Delights: A Forensic Mystery of the Nineteen-fifties

Knight brings his own experience as a Home Office pathologist to this absorbing first in a new series set in Britain’s Wye Valley. When pathologist Richard Pryor and Angela Bray, a young biologist on the rebound from a broken engagement, go into business offering forensic expertise, they expect paternity tests and postmortems to be their bread and butter, but one of their first cases involves bones that two women each claim prove the death of a loved one. Later, what is first dismissed as an accidental drowning takes on a sinister dimension as a result of their testing. Knight ( and 12 other mysteries in his medieval Crowner John series) describes the arcana of autopsy without going into overly graphic detail. While the testing processes considered state of the art in 1955 are crude by today’s standards, he succeeds in making them just as interesting. A couple of great plot twists at the end will leave readers eager for a sequel.