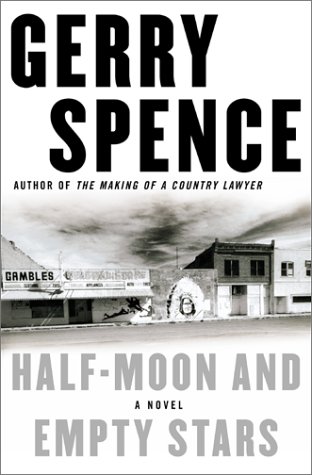 Most celebrated for representing Karen Silkwood, trial lawyer Spence has turned to dispensing folksy punditry on Rivera Live and writing nonfiction (). This is his first novel, and it's both a masterful courtroom thriller and a haunting elegy for Native America. No one in Twin Buttes, Wyo., is surprised when "half-breed" Charlie Redtail is charged with the murder of Ronnie Cotler. After all, when he was only 10, Charlie witnessed Cotler joining with local lawmen to murder his father, Joseph, a jobless, alcoholic Arapahoe. Back then, lawyer Abner Hill had unsuccessfully brought a wrongful-death suit against Joseph's killers, and the futility of seeking justice in the "white man's court" has seared the boy's soul. To the dismay of his white mother, Mary, and his twin brother, Billy, Charlie withdraws into Arapahoe culture, becoming a "warrior" on behalf of Spirit Mountain, which locals, headed by Cotler, are seeking to develop. So when Cotler is murdered, Charlie is automatically the prime suspect, even though his white girlfriend, Willow, signs a confession to exonerate him. Once again, Mary calls on Hill, who, despite his love for Charlie (and, undeniably, for Mary), can't fathom a defense that will save Charlie from the gas chamber—not even when a "baby-faced, cold-eyed man" named Emmett calmly confesses to the murder. Despite occasional shifts into rhetorical hyperdrive, Spence's style is richly evocative (one lawyer, "pale as blisters," has a voice "as dreary as the mumbling of moles"). Certain subplots are overdeveloped, such as Abner and Mary's thwarted romance and the wrongful-death suit dominating the novel's first third. But the tragedy of Charlie's life as an Arapahoe warrior is rendered memorably, with deep feeling and panoramic insight. ()