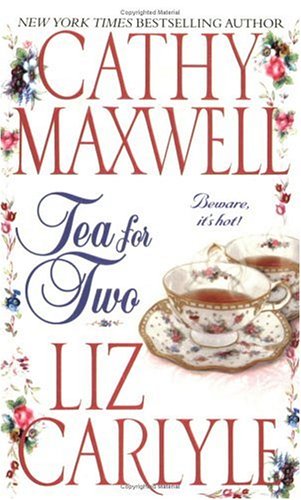 While Carlyle () delivers a fast-moving, vibrant romance in , the second of two Regency-era novellas in this volume, Maxwell's () trite offering, , lacks inspiration and originality. In the latter, Colonel Michael Sanson, naïve about the woman he thinks he loves, allows himself to be pressured by her father into retrieving a scientific formula that has ostensibly been stolen from him. However, immediately upon meeting the supposed thief's niece, Jocelyn, Michael's affections shift, and he agrees to be a part of her plan to make her former beau jealous. Maxwell's protagonists are engaging in a familiar way, but her formulaic plot and transparent secondary characters make this a difficult draught to swallow. In contrast, readers will drink their fill of Carlyle's aptly titled , which is a play on the time of year as well as the Marquis of Grayston's pursuit of Lady Elise Middleton. Grayston is determined to destroy Denys Roth, the fortune-hunter who ruined his sister and led her to commit suicide, but Roth's new quarry, the beautiful Elise, may tempt Grayston to choose love over vengeance. Although both entries nicely convey the flavor of the period, it is Carlyle's heady and highly sensual romance that will slake the reader's thirst.