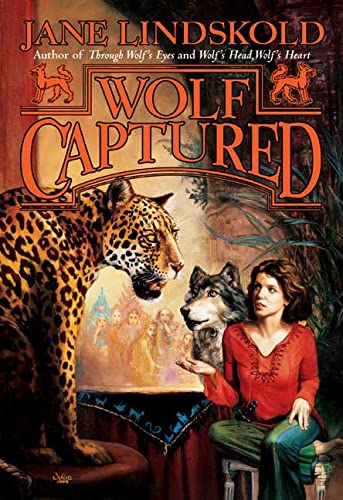 Firekeeper, the wolf-girl, finally hits her stride in the exhilarating fourth book in Lindskold's well-received fantasy series ( , etc.). Born a human but raised by wolves, Firekeeper is only grudgingly accepted by each community. Along with counselor Derian Carter, Firekeeper is kidnapped and taken to the land of Liglim, where the people worship their gods with the aid of "Wise" animals called yarimaimalom. The rulers of Liglim have heard that Firekeeper can speak to animals and they want her to teach them this skill. The Liglimoshti use the yarimaimalom to interpret the will of their gods through divination. To be able to talk directly with the animals would bring the Liglimoshti one step closer to their gods. Is Firekeeper willing to be the bridge between the animal world and this strange kingdom? In trying to answer this question, Firekeeper finds more intrigue than she reckoned and comes tantalizingly near to discovering who she really is. An increase in pace and greater character depth, coupled with a decrease in "me Jane, you human" dialogue and cutesy animal business, help give this exciting book an edge over the first three entries in the series.