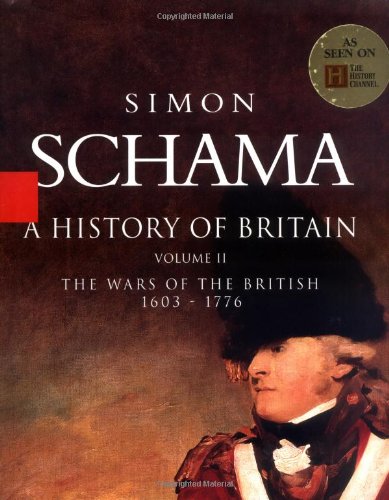 This second in a series of three volumes, following the excellent ., is an elegantly written, consistently engaging account of a seminal period in British history, penned by one of today's finest historians. Schama begins with the Stuart dynasty, which unified the crowns of Scotland and England in 1603 and as a result met its downfall. Schama contends that the concept of Great Britain caused constant upheaval for England: "The trouble was Calvinist Scotland and Catholic Ireland, and their deep religious incompatibility with Stuart England." When Charles I attempted to impose a unified religious establishment on Scotland, a firestorm ensued. In 1638, Scottish Calvinists signed a "National Covenant" and claimed that, by interfering with Scottish religion, Charles I had broken his contract, and Scotland claimed the right to overthrow him. A furious Charles called Parliament to raise military funds, but it denied his request. Instead, it began making demands for political, legal and religious rights. Charles's stubborn refusal to compromise triggered a civil war that resulted in his beheading. Parliament finally achieved its power-sharing demands in 1688–1689, when the Stuarts were toppled and an arrangement was reached with King William and Queen Mary. The year 1776, Schama points out, brought the ultimate irony: the American colonists demanded the same hard-earned liberties for which their British forefathers had fought the Stuarts. George III would prove every bit as obstreperous as Charles I. Columbia University historian Schama (, etc.) is to be congratulated for this magisterial, delightfully accessible and important book. 150 color photos, 10 color maps not seen by