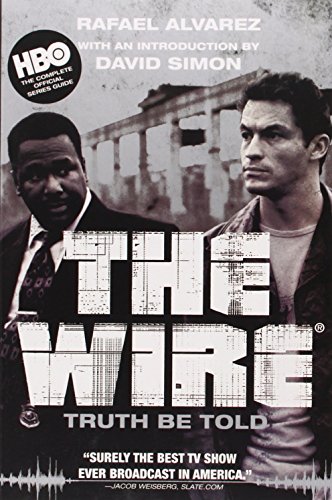 The Wire: Truth Be Told

After HBO launched its gritty, Baltimore-based series, , in 2002, it ran for five seasons and 60 episodes. The show was created by former crime reporter Simon, who pitched the drama series as an “anti–cop show” and as a “novel for television,” bolstering his writing staff with such novelists as Richard Price, Dennis Lehane, and George Pelecanos. Initially perceived as a crime show, Simon wanted to explore larger themes of politics, sociology, and economics while depicting all angles of life in Baltimore, from news media mediocrity to the life of addicts, dealers, whores, johns, and the homeless: “This is the world of The Wire, the America left behind.” Low ratings were followed by critical acclaim. In addition to detailed episode guides, total cast/character breakdowns, crew listings, 300+ b&w photos, and a glossary of the street slang employed in the show's dialogue, the book includes a dozen insightful, informative contributions by a variety of journalists, directors, screenwriters, and novelists, including Pelecanos, Laura Lippman, and Nick Hornby, who interviewed Simon. Other interviews include Little Melvin Williams, “one of the legendary kingpins in the annals of Baltimore narcotics,” who from prison went into the show's third-season cast. Weaving a sprawling tapestry of both the TV drama and the Baltimore cityscape, Alvarez, a reporter for 20 years and staff writer, has compiled engrossing, definitive coverage certain to lure HBO viewers into bookstores.