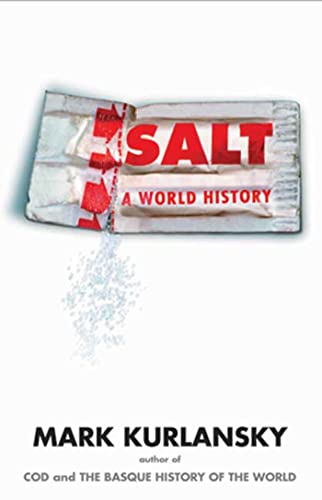 Only Kurlansky, winner of the James Beard Award for Excellence in Food Writing for , could woo readers toward such an off-beat topic. Yet salt, Kurlansky asserts, has "shaped civilization." Although now taken for granted, these square crystals are not only of practical use, but over the ages have symbolized fertility (it is, after all, the root of the word "salacious") and lasting covenants, and have been used in magical charms. Called a "divine substance" by Homer, salt is an essential part of the human body, was one of the first international commodities and was often used as currency throughout the developing world. Kurlansky traces the history of salt's influences from prehistoric China and ancient Africa (in Egypt they made mummies using salt) to Europe (in 12th-century Provence, France, salt merchants built "a system of solar evaporation ponds") and the Americas, through chapters with intriguing titles like "A Discourse on Salt, Cadavers and Pungent Sauces." The book is populated with characters as diverse as frozen-food giant Clarence Birdseye; Gandhi, who broke the British salt law that forbade salt production in India because it outdid the British salt trade; and New York City's sturgeon king, Barney Greengrass. Throughout his engaging, well-researched history, Kurlansky sprinkles witty asides and amusing anecdotes. A piquant blend of the historic, political, commercial, scientific and culinary, the book is sure to entertain as well as educate. Pierre Laszlo's (Forecasts, Aug. 6) got to the finish line first but doesn't compare to this artful narrative. 15 recipes, 4o illus., 7 maps.