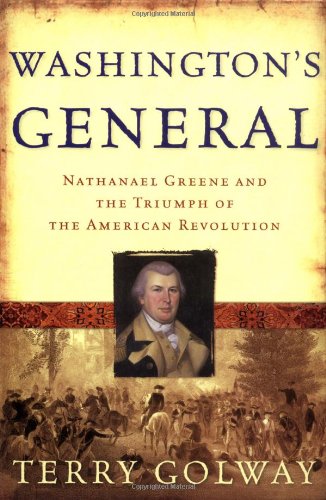 WASHINGTON'S GENERAL: Nathaniel Greene and the Triumph of the American Revolution

Born into a prosperous Quaker family in Rhode Island, Greene (1742–1786) had no formal education and remained at his family's forge into his 30s, when he abruptly abjured pacifism as the Revolution gathered steam. Through thorough research, Golway ( ), who has written for , makes Greene's numerous and complex accomplishments accessible, committing few excesses of patriotism (and fewer of psychobiography). From the Revolution's earliest stages, Greene was appointed commanding general of the Rhode Island contingent in the Patriots' siege of Boston; Golway shows him as one of Washington's most trusted subordinates, with a mixed record as a field commander and a good one as a very reluctant quartermaster-general (a job that made making bricks without straw look simple). In the war's darkest days, in late 1780, Greene was appointed commander in the Southern theater, where the British had nearly swept all before them. Without ever winning a major battle, Greene, Golway shows, kept his army in the field, supported Patriot militias and suppressed Tory ones, undercut British logistics, eventually forced Cornwallis north to Yorktown and besieged Charleston. Along the way he married and had a lively family life, became a slave-owner (through owning land in Georgia) and then died of sunstroke and asthma. Golway makes a convincing case that Greene should be better known.