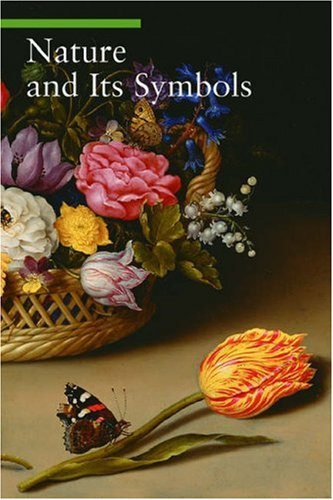 NATURE AND ITS SYMBOLS

Following up on four previous titles explaining mythological and biblical iconography in paintings, the latest in the Getty's superb series does not disappoint. The myriad plants, flowers, fruits, animals (land, flying and aquatic) and "Creatures of the Imagination" that appear in medieval and Renaissance painting all have symbolic meanings; Impelluso devotes chapters to each of those categories, further dividing them by object: everything from quinces, myrtle and hyacinth to snakes, grasshoppers, sphinxes and harpies get their due. Impelluso ( ) identifies their prominent appearances in various masterworks and explains their varying significances. Most of the reproductions are centered on the page, with small blocks of text surrounding them, with unobtrusive lines connecting the text to the actual objects it describes. It works beautifully, making the often ignored, busy backgrounds of many less-discussed works—like Lucas Cranach the Elder's and Leonardo da Vinci's —come alive with meaning.