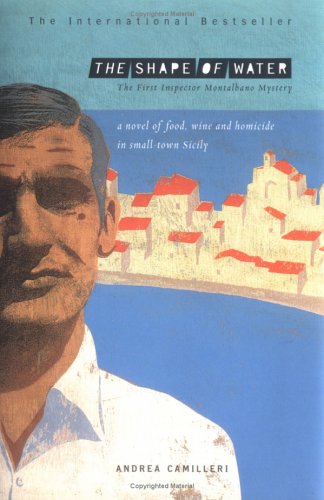 THE SHAPE OF WATER

Urbane Sicilian police inspector Salvo Montalbano, whose exploits have sold more than four million copies in Europe, makes his long overdue U.S. debut in this spare and spry English translation of the first novel in the series. When two garbage collectors find the body of local politician Silvio Luparello locked in his BMW with his pants down, in "the Pasture," the Vigàta town dump frequented by whores and drug dealers, the coroner rules that Luparello died of natural causes, despite clear evidence to the contrary. Montalbano refuses to oblige his superiors who want a hasty close to the case, and it will take a corrupt lawyer's murder to break it open. The author's view of Sicily is the all-too-common one of a poor and backward place that many would like to see separated from the rest of Italy. Camilleri's strength lies in his gallery of eccentric characters: Signora Luparello, the victim's admirably cool widow; Gegè, a pimp and old classmate of Montalbano's; Giosue Contino, an 82-year-old schoolteacher who shoots at people because he thinks his 80-year-old wife is cheating on him; and Anna Ferrara, Montalbano's attractive deputy, "who every now and then, for whatever reason, would try to seduce him." Even the two garbage men have Ph.D.s. The maverick Montalbano doesn't hesitate to destroy clues or extract money from a crook to help a child, but his wrapping up the case by telling rather than showing, while acceptable to European audiences, may disappoint action-oriented American fans.