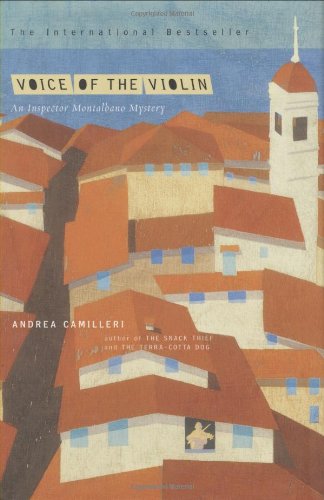 VOICE OF THE VIOLIN

In his fourth mystery to feature Inspector Salvo Montalbano ( , etc.), Camilleri once again thrills with his fluid storytelling and quirky characters. The irritable Sicilian detective's first challenge is to figure out a way to start an investigation into the murder of a woman whose naked body he discovered through an unauthorized break-in, without letting it be known that he was the one who found her. The long list of suspects includes the woman's husband, who's seemingly unaffected by the news of her death; the neighborhood half-wit, who would charitably be described as an admirer but more appropriately as a stalker; and the woman's out-of-town lover, who has a cryptic background of his own. Salvo is as incapable of turning his back on the mystery as he is at playing politics, and he soon finds himself in trouble with his superiors and the patsy for an ambitious colleague. Perhaps because the crime itself is less intricate than those in earlier books in the series, the author has increased the stakes for Salvo's career and the amount of maverick behavior. Through this deft translation, Camilleri's tale of lust, greed and hidden beauty should win new American readers.