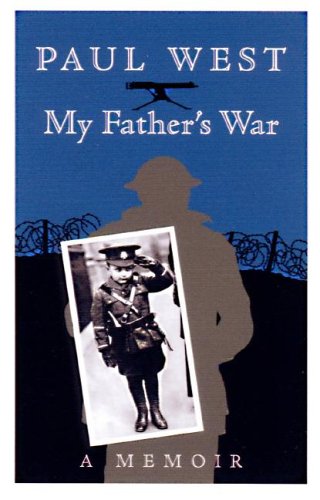 My Father's War: A Memoir

Novelist West follows up his well-received with this intimate memoir of his war-scarred father. West focuses on his own early teenage years in Britain during WWII, when his father's experience as a WWI machine-gunner loomed large in West's imagination. Sight impaired and sporadically employed because of a war wound, West's father seemed set apart from the family, with his ordeal in the trenches making him detached and giving him an almost bemused perspective on civilian life's vicissitudes. It is through those everyday details that West approaches this enigmatic figure, through a rambling accretion of mundane but vividly rendered scenes of his father smoking, eating breakfast, watching a soccer match or playing war with his son underneath the kitchen table. Eventually, West comes to appreciate his father's quiet heroism. Writing in an intensely personal, at times bafflingly hermetic language, West teases out a tender, wryly funny portrait of his father and of the ravages and legacies of war.

Correction: The agent for by Matthew Von Unwerth (Reviews, May 23) is Marly Rusoff.