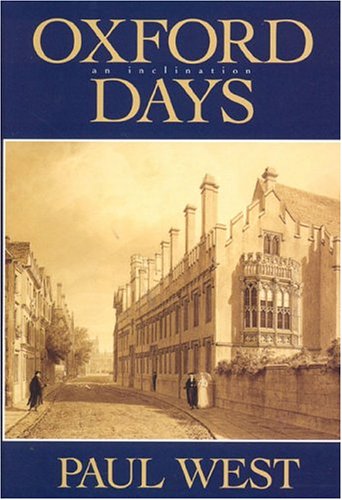 In his typically elegant prose, the prolific West (more than 30 critically acclaimed books, including novels—, —and nonfiction classics like ) wryly and rather affectionately recalls his days at Oxford University. West's version of a memoir is a veritable feast for fans of his inimitable literary stylings, at once an artfully rendered distillation of the world's most eminent academic institution as only a writer of West's insight and literary prowess might create, as well as a lyric, often humorous recollection of the author's own emerging genius. West is as adept at rendering the physical Oxford—from its architecture to its musty scents—as he is in bequeathing its cultural and historic meaning, all the while keenly aware of his own unique place in Oxford's cultural, class and academic milieu. The result is an entertaining and occasionally enlightening read, from its dissection of the Oxford way of speaking ("Are you getting snobby?" West's mother was pressed to ask him after only eight weeks at the school) to its examination of the "cloistered amenity" of Oxford's culture. "At Oxford, whatever else you think you are doing, you are unwittingly absorbing something unique and choice," West recalls, "... providing you with indestructible inner resources in after-years." Although the book is likely limited in its appeal, for fans of West, and Oxford, it is a worthy addition to the canon.