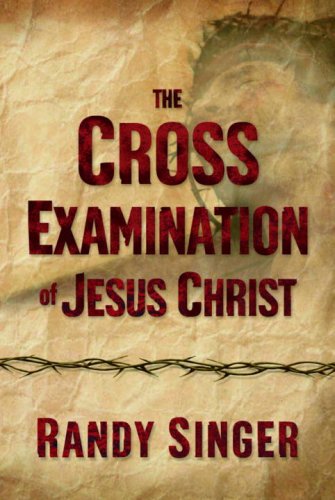 The Cross Examination of Jesus Christ

A skilled novelist ( ) and former trial lawyer, Singer offers a lawyer's apologetic in a fiction/nonfiction blend that doesn't quite work. It's an interesting idea, however. The first and last chapters are a fictionalized account of the trial of Jesus, which Singer calls "the greatest miscarriage of justice ever," told from the rather unusual point of view of Pilate's primary legal adviser. The middle eight nonfiction chapters explore interactions between Jesus and his critics as found in the Gospels. Singer narrates scripture in his own words, then adds commentary, observations and personal anecdotes. The nonfiction apologetic portion should pass muster with evangelicals (including a moving anecdote about a public defender and another about the death of a college friend), and there's an intriguing section on politics. But the integration of fiction is largely unsuccessful, Singer's "note to self" asides quickly get old and a strident tone creeps into some exhortations ("Have you counted the cost? Are you truly repentant?"). This book should appeal to readers who found Lee Strobel's and Josh McDowell's compelling. As an added attraction, this book contains the clues to help readers solve Singer's simultaneous-release fictional legal thriller, .