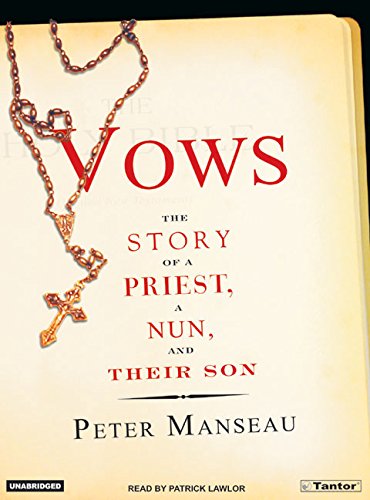 The title says it all: a twin set of Catholic dreams and ideals gone awry—or holding fast, depending on what angle you're looking from. Manseau's memoir returns to the 1950s, the early years of his parents' devotion to the Church, and their eventual straying. Lawlor gives a solid reading of Manseau's story, which aches with the tenderness of a son's love for his parents. His voice occupies only a small range, shifting slightly to indicate emotion, affect or the speech of others, but adequately gets out of the way of Manseau's narrative. He chooses not to attempt the inimitable Boston accent of the book's characters, for the most part, wisely leaving the sound of their true voices to his listeners' imaginations. Lawlor stakes out a tone part nostalgic, part removed and part regretful, nicely duplicating the feel of Manseau's book and its conflicted feelings about the Church that so thoroughly dominated its protagonists' lives.