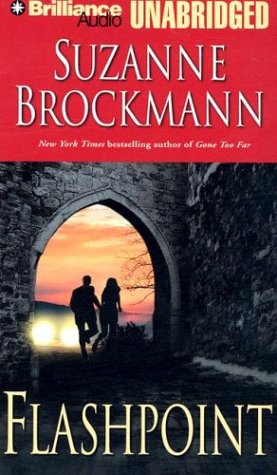 It should come as no surprise to listeners that Brockmann began her career as a screenwriter. The dialogue in her romantic suspense novels is always plentiful and finely tuned, which is partly why her newest offering (after ) translates so well to audio. The rest of the credit belongs to Ewbank and Lawlor, who narrate alternate sections of the book, Ewbank taking on the chapters told from a female perspective and Lawlor handling those told from a male point of view. Having just left the FBI, gorgeous Jimmy Nash soon finds himself on a plane with his old partner and friend Lawrence Decker and computer support specialist Tess Bailey, with whom he shared a passionate one-night stand. The trio have been hired by a non-government company called SOS Inc. to pose as relief workers in earthquake-ravaged Kazbekistan and recover a laptop containing vital information about terrorist plots. Ewbank does a fine job of highlighting Tess's insecurities and her enduring fascination with Jimmy, but Lawlor falters when giving voice to Decker, who's said to have a "mellow baritone" but instead comes off sounding like he has a gravel pit in his throat. Both narrators, however, deliver the book's spirited banter with gusto, making this an enjoyable beach listen.