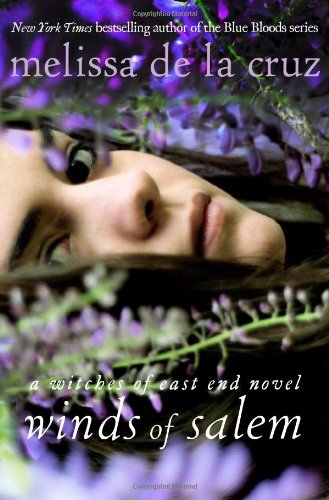 A family of witches travels through time to rescue one of their own in the third novel in the Witches of East End series. In 1692 Salem, Mass., witch Freya Beauchamp wakes up with no memory of who (or what) she is. While working as a maid, Freya begins to piece together her memories and explore her supernatural powers, as she is wooed by dashing Salem newcomer Nathaniel Brooks. Meanwhile, in present-day North Hampton, Long Island, Freya’s mother, sister, brother, and boyfriend are searching for a way to rescue her from Salem, where they know she has been sent to die at the hands of a witch hunt. In an adventure that takes the Beauchamps across centuries and to the underworld and back, Freya and her family fight to save one another from malevolent forces, facing challenges and sacrifice along the way. De la Cruz taps into a confusing web of mythologies to populate this follow-up to Witches of East End and Serpent’s Kiss, and the book’s compelling Salem scenes are bright spots amid a disorganized larger narrative. Bursts of action are sometimes lost in a muddle of superfluous backstory, and between these two extremes, de la Cruz struggles to find her footing. Agent: Richard Abate, 3Arts Entertainment. (Aug. 13)
close
Details