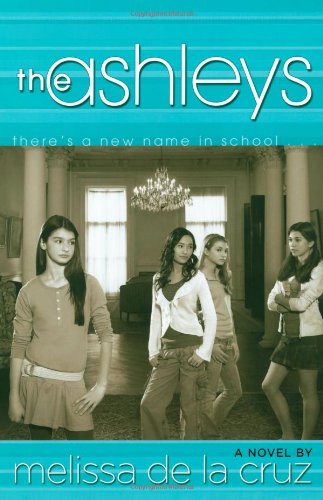 The Ashleys: There’s a New Name in School

A line from the movie is one of two epigraphs to this series debut (the other is Groucho Marx’s quip about refusing to join any club that would have him as a member); although de la Cruz’s (the Au Pairs series) writing lacks the wit of these sources, it has the same snarky baby-barricuda-meets-credit-card appeal of another possible inspiration, Lisi Harrison’s Clique books. Here, a trio of privileged, pretty and petty girls, all named Ashley, rule the seventh grade at Miss Gamble’s exclusive private school in San Francisco. Smart Lauren Page has been a target of their bullying since kindergarten, but now that her dad has struck it rich, she has scored a major makeover and launched a mission: “First she was going to join the Ashleys. And then she was going to destroy them.” The author lards her writing with copious references to designers, restaurants and imagined habits of the mega-rich (Lauren flies the Ashleys to L.A. on a private plane for a day of shopping). The Ashleys’ contempt for Lauren doesn’t diminish despite her blandishments; they are cruel to her and even to one another. Disappointingly, Lauren would rather be liked by the Ashleys than wreak revenge, and she has no scheme anyway. She’s nowhere mean enough to be a match for the queen bee, who hatches all the best plots even though everyone hates her; but she’s not nice enough to make readers root for her, either. Ages 9-13.