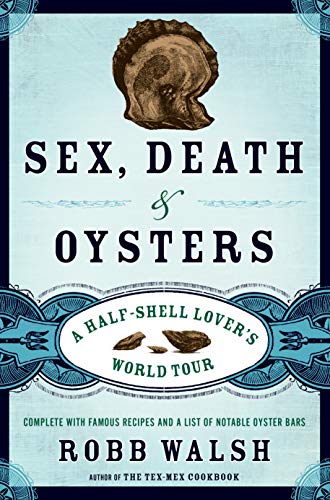 Food writer Walsh ( ) catches the oyster-eating bug while on a reporting assignment in Galveston Bay, Tex. Writing at first about the Texas coastal environment, he seeks to understand the bacterial risks of eating fresh raw mollusks. En route, he becomes a lover and defensive champion of , the “great American oyster,” which is harvested primarily on the eastern and Gulf coasts. He works his way from New Orleans to New York City, comparing differences in oyster quality and flavor from water to water and—importantly—season to season. Broader species sampling requires traveling the Pacific Northwest, then crossing the Atlantic to Ireland, England and France. Along the way Walsh covers molluscan history, trade and aquaculture. Ample oyster facts, figures and literary lore flesh out a book that at times discloses surprising and complex economic and social connections between mollusk supply and demand and at others is a slightly by-the-numbers food history. He lists the oyster bars visited in the course of the book—along with a several recipes—which will whet the appetites of aficionados.