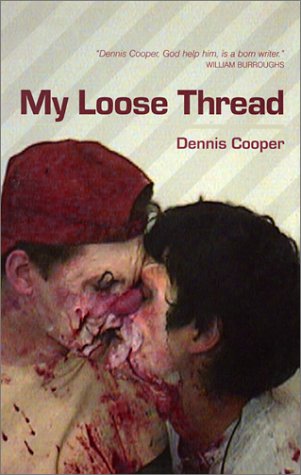 Cooper's latest, after a loosely intertwined series of novels ending with , stays firmly rooted in the same bleak, volatile landscape as his past works involving neglected, gay teenaged boys. Perpetually distraught teenager Larry, whose mantra is "I'm really confused," joins forces with a friend who has been approached at school by older classmate Gilman Crowe, leader of a Nazi-style teen group, and hired to kill a student for $500 and destroy his notebook, basically a diary containing the boys' personal secrets. The deed is done, but not exactly according to plan, and the violence continues. Larry and his 13-year-old brother habitually sneak into bed with each other, though Larry continues to be at war with his burgeoning homosexuality. An alcoholic mother and cancer-stricken father offer little supervision, and Larry's brutal rages escalate. When another of Larry's friends, Rand, tells him his incestuous relationship is "sick," Larry punches him; Rand dies soon afterward, apparently of natural causes, but Larry is crushed by guilt and haunted by the death. Cooper's bleak, potent tale wraps up in a Columbine-style climax, complete with smirking, self-righteous students watching the bloodbath with amusement. Cooper doesn't cover much new territory with this latest ultraviolent tale of boys gone wrong, but Larry's first-person narration is mesmerizing and believable. Those new to Cooper may be better off starting elsewhere in his oeuvre, especially since it can be hard to follow the sequence of events in this spare, dialogue-driven tale. Still, Cooper fans will likely eat this up.