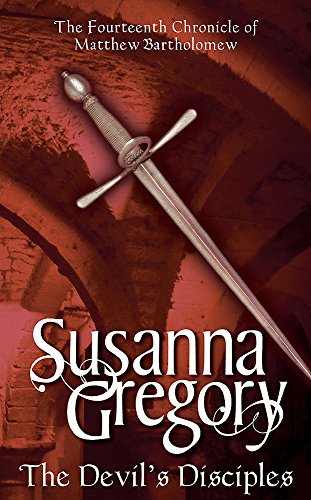 Set in 1357 in Cambridge, England, Gregory’s taut 14th chronicle of Matthew Bartholomew (after 2008’s ) finds the physician and independent thinker under suspicion when Father Thomas, a pious priest, dies under his care after an accidental blow to the head. The accusations raised against Bartholomew come amid a poisonous atmosphere fostered by a shadowy rabble-rouser known as the Sorcerer, whose true identity is the subject of rampant speculation. Several murders follow Thomas’s death. The doctor’s willingness to aid any patient in need, including the local witch, provides fodder for his adversaries. When corpses are desecrated, people fear that a satanic cult is at work. Bartholomew questions the true loyalties of some of his closest allies as well as his own ability to uncover the prime mover behind the crimes. As she often does, Gregory offers several plausible false endings, which should please traditional whodunit fans.

M.C. Beaton’s (Reviews, Oct.27) will be published in February.