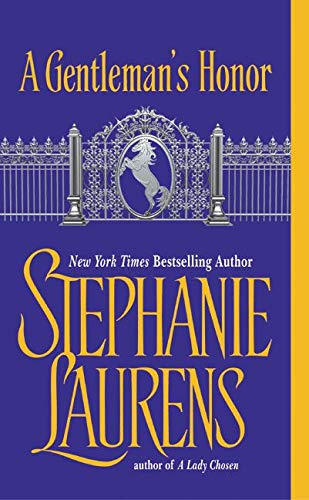 In this steamy Regency, the second in Laurens's new Bastion Club series (following ), Lord Anthony Blake, a former spy for England, finds himself at loose ends after the fall of Napoleon. Genteel widow Alicia Carrington, who's in London to chaperone her younger sister, puts an end to Anthony's ennui when she stumbles upon a dead body at a soirée and he stumbles upon her at the same time. A mysterious villain seems determined to frame Alicia for the murder, but the real danger lies in the secret she's hiding from everyone—including Anthony, who quickly insinuates himself into her life. As in all of Laurens's romances, the love scenes are passionate, and chemistry hums between the pair. Alicia is a classic Laurens heroine: plucky and determined. Anthony is high-handed at times but not offensively so. Although the romantic tension relies heavily on a few unspoken words, it's entertaining to watch the baffled couple finally admit to their feelings. Unfortunately, the mystery subplot is less compelling, depending as it does on following a paper trail that offers up little drama. Still, Laurens's fans should be more than satisfied with this heady tale.