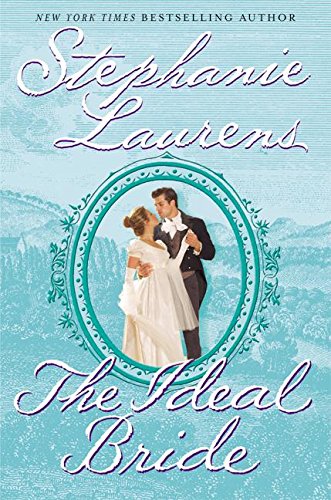 Laurens's newest romantic offering, set in early 19th-century London, possesses two of her trademarks—coolly confident characters and plentiful and graphic sex scenes—but it lacks the fire and feisty humor of her earlier works ( , etc.). Once readers encounter Laurens's protagonists, it's clear why. A self-possessed young widow, Caro Sutcliffe, whose late husband was an ambassador, and a calculating political player, Michael Anstruther-Wetherby, are adept at diplomacy; they know who to align themselves with, how to manage the people around them and what to say in every situation. Unlike the protagonists in Laurens's previous novels, Caro and Michael hardly ever lose control of their emotions, which makes them seem more like marionettes than people. When Michael sets his sights on marrying Caro's 19-year-old niece, Elizabeth, who's actually in love with somebody else, Caro intervenes not by confronting him but by attending a number of social gatherings and instructing Elizabeth to behave in ways unbefitting a politician's wife. Caro's plan works, but she soon finds that she's become the object of Michael's pursuit. Laurens stuffs the story with sex scenes, but her second-by-second analyses of every kiss and caress brings new meaning to the word tedious. Her overblown metaphors also detract from the sensuality of these scenes ("she was dimly aware when he reached his own limit and release caught him, racked him, then the storm rolled on and he lay beside her on that golden shore"). A well-executed mystery subplot involving attempts on Caro's life lends some zest to this offering, but not enough to satisfy fans of Laurens's popular Cynster novels.